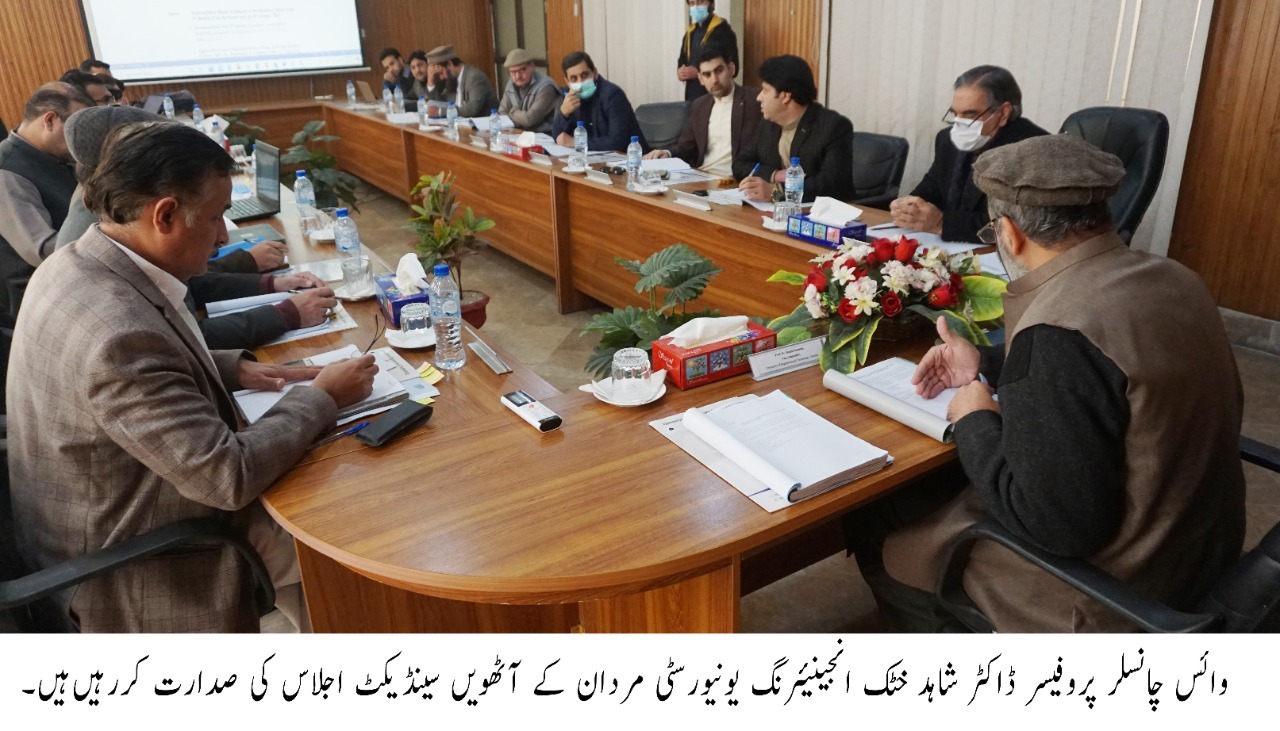 8th Syndicate meeting of UET Mardan was held on December 02, 2021, under the leadership of Vice-Chancellor Professor Dr. Shahid Khattak in which recommendations of different authorization bodies were discussed and approved with various suggestions.

Mr. Aziz Ahmad, Additional Registrar UET Mardan, as Secretary of the Syndicate presented the agenda items. Recommendations of the 7th and 8th selection boards, 6th academic council meetings were approved during the Syndicate meeting. Vice-Chancellor stated to the members that Today's meeting would help in the growth of development, academics, research, and creative activities.

The syndicate meeting got successfully concluded with valuable opinions and recommendations of the respectable members. Vice-Chancellor mentioned that the future of the university depends on Today's decisions. We must make such decisions and take steps as a result of which performance of this higher educational institute further improves and encourage educational and research activities.