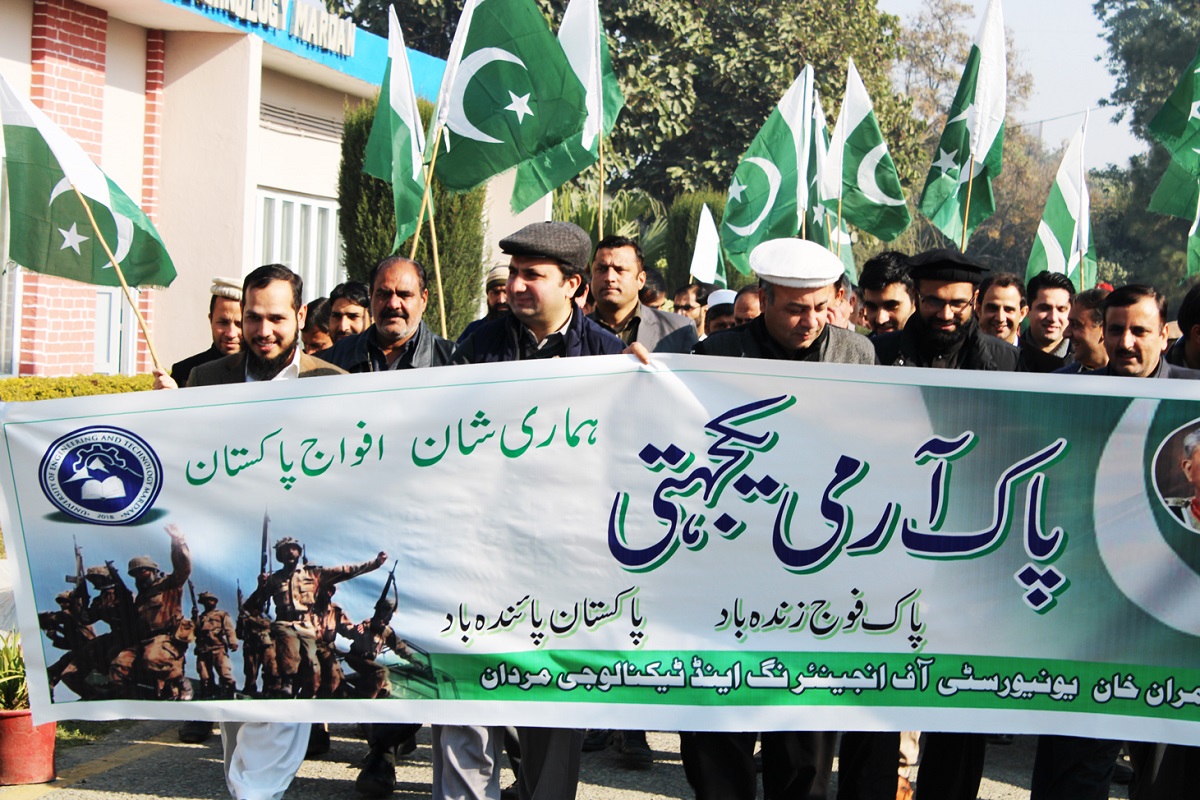 A walk of solidarity in the wake of love and honour  for The Pakistan Army was held at University of Engineering and Technology Mardan, on Thursday, 26 December 2019. The rally was led by Dr Imran Khan, Vice Chancellor UETM, and all the faculty and employees wholeheartedly walked along with him.

The walk symbolised love, respect, and fondness for The Pakistan Army and its heroes. It also clearly narrated  that neither  can we  deny the favours and love that Pak Army has bestowed upon its beloved country, and nor can we negate the sacrifices that its Heroes have laid for the people of Pakistan.

Moreover, The UETM paid  them a tribute and honoured their passion and patriotism.The rally  reflected  inner affection for its Army and paid them a high regard; in a nutshell,it was a passionate salute to its heroes.